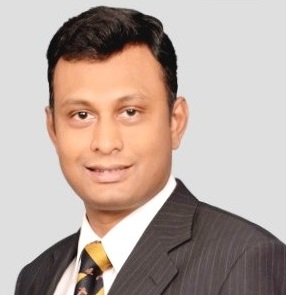 Blockchain and its impact on the future economy

Blockchain needs to be understood from few perspectives, one is the public block chain where the Crypto currency comes into picture and the second one is the private block chain which is used primarily from an enterprise application space. The enterprise blockchain is never an issue in the Indian market, in fact most of the Governments are permitting the private block chain because Governments think that 20 years ago they introduced information technology to manage the menace of corruption compared to the manual process. Now after 20 years people have managed corruption using IT. The Government is in the catch-up game now. Earlier the Government used to pay the beneficiary in the form of cash, but now to address the challenges of any misuse or false accounts, next frontier technologies like blockchain are going to play an important role. Using blockchain it is impossible to impersonate a person or create an account that doesn’t belong to a person and the Government is using it for land titles, birth certificates, educational certificates, vehicle life cycle management, transfer of ownership, transfer of loan. We are also seeing Government using it for bringing in transparency in the public distribution system.

The recent Supreme court guidelines is about Crypto Currency. As you know the currency issuing function of issuing is with the central bank and central bank controls the monetary chest and the mint. Nobody else can issue the note and nobody has the power to issue the money as a result of which all the power is consolidated with the Government whoever runs the Government. Cryptocurrency actually addresses the challenges of any slippages in the system, these currencies are issued by a computer program and the computer program maintains these currencies without any double spending or duplication of the currency. That trust that has been entrusted to the banks has been digitized in the code itself. So, over a period of time, when these crypto currencies become main stream and they become more accepted as a form of money, then the central bank. The crypto currencies the treasuries, the mint has no role. No one will then look at the currency issued by the central bank, because the crypto currency will be used by the people without questioning the credibility of the currency.

That is bound to happen in the future whether it is a sovereign currency or a crypto currency issued by a large enterprise with the trust of the people.  Earlier it was not like they were banned, but they were being prevented from being converted from Crypto currency to the fiat money that means I cannot spend 1 lakh rupees in my bank account and convert them into a Bitcoin or Ether etc. RBI earlier had banned that because it could be used for money laundering and illegal activities, also not many people may not understand on how it works.

So like Chit funds which had challenges earlier is now regulated and chit funds have become mainstream. So, there are many chit fund companies that are doing business in India. So till that awareness level comes RBI felt that they should ban these crypto currencies which impacted people who were working in that area like crypto currency exchanges like Zedpay, Coinome and others went out of business because of ban and they filed the court with Honourable Supreme court felt that though RBI may have compelling reasons, but the manner in which they were banned was unconstitutional as a result of which the ban was lifted. This implied that there will be more people who will now getting into Crypto Currency. More Indian start-ups will get into crypto currency because there will be no restrictions. There will be no hindrances, which may result in more innovations and start-up activity in this space.

In future there will be no need of demonetization. The beauty of crypto currency is that it will bring in lot of transparency while it could be like the sovereign currency using the crypto currency technology and Governments are liking that for example Philippines Government is in favour of that. Today when the Philippines Govt. pushes 1 Mn Pesos they don’t know where that 1 Mn Pesos are going. So there could be an individual who could just flush out the 1Mn  pesos out of the economy and there is no accountability. Duplication in this technology is zero, that is the reason something like demo will not happen.

Initially when this cryptocurrency was evolving, lot of this came from the erstwhile USSR region. All these Soviet Union countries were very good in mathematics. Those guys were gifted and Russian mathematicians have utilized this and they started these A coin, B Coin, C Coin, AB coin…whatever coins they were creating it and whoever was trying to buy they were selling it.  That sort of activity which could be mainstream in future was outside India because Indian Government was not in favour of such crypto currency and applications.

So, all the developments that took place in that area was confined to Russia, US to certain extent and European regions. With the lifting of that ban, all that come to India. Indian start-ups will now not be afraid to venture into those areas, so we will see a lot of innovation happening in that particular space.

Earlier people had moved their focus from public block chain to private block chain So in India, you will see people who use block chain for supply chain management, for content management, device identity, device security, sovereign identity with lifting of ban more and more start-ups will get into Crypto currency as well. Many of the players opened companies in regions like Malta, Switzerland and Singapore to certain extent and other European countries , but now things becoming streamlined they may shift their operations from those countries back to India. There will be reverse flow of innovation and capital from these areas.

These are basically Computer languages. Bitcoin was written in C and C++. Bitcoin did not use any exotic computer language. Then came Ethereum which was the next Crypto currency in the world,  which used Java scripting and used the own language called solidity more on Java scripting. People used others like Haskell, then smart contract languages like Golang from Google.

Essentially if the guy knows fundamental of Java scripting and C, C++ kind of languages they should be able to pick up the skill sets in the crypto currency space and private block chain space. Other languages that are used are Python, Node JS kind of languages

What we see is unfortunately, failure is not celebrated. The amount of pain that one goes through nobody talks about it. We only see the success which is visible. Sometimes one has to spend 5-6 years just to understand the right business model, understanding the space, limited capital etc. What everyone sees is the success stories. People have to realize that it is not easy to do a start-up activity. I think for start-up if you want to live in riches like nobody does then you have to live in poverty like nobody does. People have to be conscious about that. Not everyone gets success in one or two attempts. There are multiple attempts that happen before success is created. The scenario is changing, where large organizations are betting on failed entrepreneurs because failed entrepreneurs are hungry for success and results but they would have failed because of limited capital, experience etc. and if we can correct the situation and give them enough opportunities then these guys can succeed. So failed start-up entrepreneurs can be a good corporate resource.

I recall my ex-boss, Raman Roy, who is considered as the Father of the Indian BPO industry. He said that, “Start-up entrepreneur should be like a duck”. I asked him whether it is sitting duck. He said, “If you look at the duck from outside, it is so calm and composed right? And pleasant to look at, but if you go beneath the water, it is constantly beating the legs to stay afloat”. Lot of uncertainties within but outside the person has to be calm and composed. Everyone sees the rosy picture. If there are 10 start-ups that have success there are million start-ups that have failed.

The first quality would be a passion to create something which is very meaningful. Ability to withstand significant changes like change in lifestyle, change in work-life balance, change in everything that they are used to. Then obviously the ability to give up comforts. All of us are used to see the pay-checks hitting our accounts every month. How to come out of that conditioned life and how do you manage risk taking is more important.

His inspiration and vision for India

Inspiration comes from multiple people. India is a best example for enterprise. You take a normal auto driver on road. Good fellow, his earnings is not 1/100th cost of the auto. He doesn’t have the capital to invest in that auto. He takes the courage, he goes and raises capital which is several times beyond his means and then runs an enterprise which is laden with lot of risks, every minute it is a risk for his capital, he can be knocked down in an accident where he can never recover. In spite of that the guy is smiling, the guy has courage to invest, steering his enterprise in an environment which is loaded with risk. That fellow gives me a lot of inspiration. We can argue that he is supposed to do that, as he is forced to do that, he is not educated, he is not employed but the guy is not taking other opportunities like being a coolie on a railway station.

Vision for India in the tech-world

The next level of innovation from the tech world should come from India. It was actually coming from Indians. But all those Indians were working for companies in US and the Silicon Valley. With so much of changes in working conditions within India, some of the innovations will lead to India.