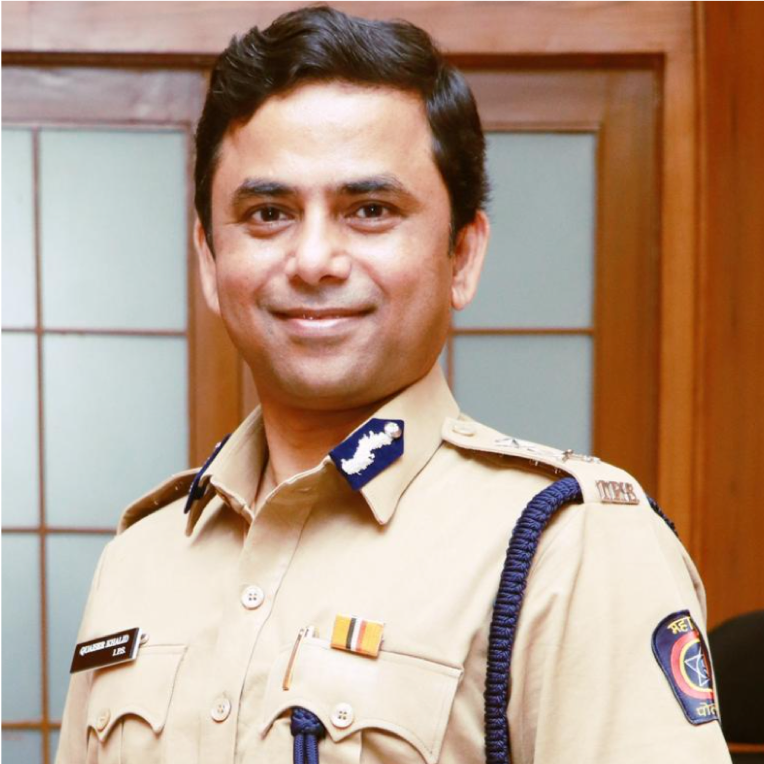 Ramdas Shenoyy speaks to Mr. Khalid on civil services examinations and his guidance to GenNext.

Quaiser Khalid was born in Araria Bihar a typical rural setup, where for schooling till class IV, one had to sit on floor. He came from a family dependent on agriculture as source of income. Looking back, he still recalls those asbestos sheet roofed class rooms. His high school was 3~4 kms away from his home. It was a cultural shift and shock for him when he moved to Patna College of Science in Patna.  Here the cultural aspirations were different. He says, “When one comes from a village where people are occupationally dependent on each other to a city where people don’t know each other, people speak different languages, the visions and aspirations of the students are very different”. He had moved 300 kms from his village which was an agrarian economy many and he came to a region where most of his presumptions got revised.

Patna college of science had an illustrious list of alumni who were in IPS, IAS, NASA and IIT. It was here he got the confidence that anything is possible. He got the exposure to see and pursue dreams.

“Learn from your strengths, learn from your shortcomings. Learn from others” is what Mr. Quaiser believed. For a boy who actually learnt burning the midnight lantern oil (Araria village actually didn’t have electricity supply during the late 80s). He would often ponder, whether the others were really smarter than him and he focused on improving his communication skills and gaining depth in knowledge.

At Patna College of Science, they also had the opportunity to meet and interact with alumni that gave him the confidence of pursuing his dreams. He knew that he didn’t want to pursue the conventional career path of being a doctor or engineer. He wanted to help people in distress. When he was in school he would have seen only government officers and their bungalows and cars but here he was meeting the alumni in flesh and blood and his determination to get into civil services was reinforced. Quaiser decided to pursue humanities and geography in his graduation and in the college hostel got exposed to various aspects of life, power, resources.  The college environment acted as a catalyst and fueled his intellectual rigor. There were opportunities for debates on various subjects like politics, economy, culture and current affairs. During those days, internet had still not made its debut and knowledge resources were books, magazines and periodicals. All these reading and participation really helped him to develop his depth in understanding different subjects.

The 90s also was a time of turmoil with riots, shouting, slogans and insecurity even in educational campuses, but it was also a time where you got to see the best of human behavior. All these laid the foundation of his determination to get into civil services.

Mr. Khalid during his graduation years, which got extended by two years (a typical phenomenon in Bihar during those days when exams and terms got extended due to student unrest, political issues etc.) decided to put all his energy for preparing for civil services examination. He got an opportunity to join the Hamdard Study circle in New Delhi. It is there that he understood that for a civil services career you need to put in sustained hard work. The whole preparation is to gain higher level of knowledge and it doesn’t need one to be super intelligent but you need to get into the depth of a subject. After, sustained preparation of 16-18 months he qualified for the civil services.

In Civil services he had the option to select from IAS, IPS or IFS, but he was always attracted to the uniform and chose IPS. IPS gives you an advantage of being identified when in uniform. Also, it helps to solve challenges and problems of people in distress and it is the best way to give back to the society. People do not get in touch with the police during pleasure, but it is always during distress when you need to console the people, offer them to take them out of their distress and reduce their pain and misery.

As a young aspirant in Mussoorie, he still recalls the faculty Mr. Sanjeev Chopra who had clearly made it clear that you need to put in sustained hard work sacrificing the pleasures of life for 3~5 years…it is like renouncing the pleasures and focus on hard work.

On the exam front, civil services examination not only focuses on intelligence but also on the understanding of a particular subject in a holistic manner. Say, if you are learning about Mumbai city, then it is not only Bollywood, the diverse population, the economic capital, the weather, the strengths of the city, sociology and beyond Wikipedia. General knowledge of what is going around on economy, society, political, current affairs are expected from the aspirant. Reasonable intelligent person with academic depth of a post-graduate is expected from the aspirant, though the eligibility criteria is graduation. Every year out of 3 lakh applicants only 10,000 make it to the final list. The questions are beautifully designed where even a match the following kind of pattern will have 4 statements on the left column to be matched with 8 statements on the right column. The reasons and assertion questions are beautifully tailored where say someone is asked like what all one would see while flying in an aircraft from Mumbai to Trivandrum. The questions are not direct but needs to capture insights. As a learning process one needs to understand the questions, learn from the mistakes, build on your strengths and minimize the weakness.

As per Mr. Quaiser Khalid, “Service is the most important aspect of life and not a rule. You need to have empathy to listen to people. When you listen, you understand the human behavior. This is the story of human behavior. The relationship is with the ‘human being, the environment & society around them”. All this is governed by different expressions of feelings like betrayal, falling in love and these ideas translate themselves to poetry. “The core of my expressions feed on each other in a positive manner”, added Mr. Khalid.

The World Peacekeepers Movement felicitates seven celebrities as the world peace ambassadors. Sir Dr Huz has felicitated world Peace Ambassadors. The World Peacekeepers Movement (TWPM) is an online movement of more than 2 million Peacekeepers on Facebook who subscribe to the 7 Peace Values of gratitude, forgiveness, love, humility, giving, patience, and truth – the foundation of inner peace. Through the inner peace of humanity, world peace can become a reality. Mr. Khalid is an embodiment of these 7 values and rightly is one of the World Peace Ambassadors for his achievements and service to humanity and commitment to the cause of peace.

Quaiser says “Do not give up hope. World has enough for all. The world has become a global village. Earlier generations used to look at basic necessities”. “Younger generation should stop looking at the internet for everything, they have to meet, interact and experience life” he added.