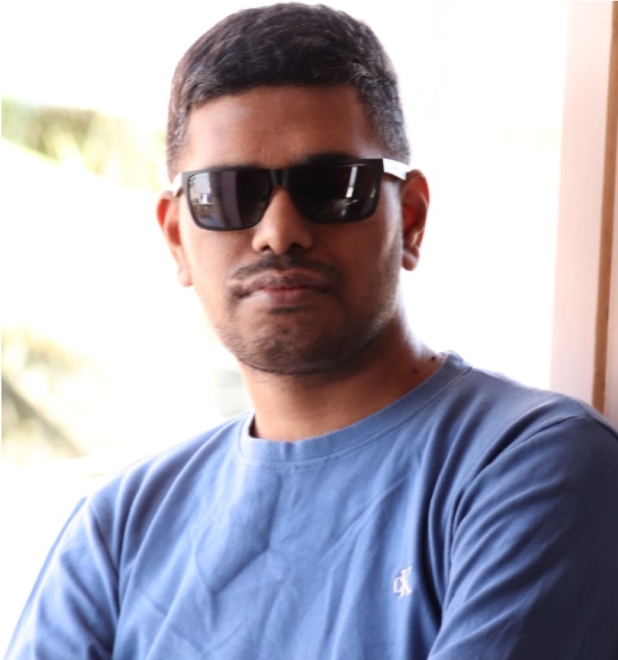 FROM QUESTION MARK TO EXCLAMATION MARK!! –THE STORY OF BRUNE

Fighting against all odds– The Brune Story at the ISA Series

The story of Brune is a story of fighting against all odds. Losing his eyesight at the age of 13 didn’t deter him one bit. Currently a research fellow at the English and Foreign Languages University, Hyderabad, Brune believes disability is only in the mind.

We got to know more about Brune, as he was the inaugural guest for the ISA Series, hosted by Prerona Roy.

“The word inclusive, is an exclusive process for them”, said Brune, speaking about a Google seminar. This is an interesting way of looking at things, as we normally associate Inclusivity, with marginalised sections of the society. It’s almost like inclusivity is reserved exclusively for them.

Upon revisiting the accident, that caused him to lose his eyesight at the age of 13, Brune elaborated on the horrors that were suddenly a part of his life, dealing with night blindness and colour blindness to name a few. He spoke about the countless rejections he faced in schools, as they outright refused to teach him. And Blind Schools were not an option, as he was not exposed to Braille from a young age.

Brune believes the main role in increasing inclusivity in the sphere of education, is that of the parents.  The parent’s awareness and sensitivity to what the child is going through, and what lies ahead of him/her is of paramount importance.  He pleaded parents, to not limit themselves due to a lack of knowledge. There are plenty of opportunities and resources for children with special needs, you just need to go out and grab them.

Brune had some really interesting insight on the purpose and implementation of Inclusive Education in India. He proposed the idea of sending normal kids to schools for specially-abled, so that they could gain some awareness about the problems facing them. In India, a typical B.Ed. course is only for 2 years whereas in other countries its between 4-7 years. This creates a lack of knowledge in the Indian teaching environment, about inclusivity and dealing with children having special needs.

Having faith in God, is what motivated Brune to stay strong during this long and arduous journey. Spirituality has its doubters, but there’s no doubt, that it provides a safe haven for people looking to fight their inner demons and have peace of mind. And after God, comes mother. Brune’s mother was the guiding light in his life along with his mentor Mr. Prathapan who brought him “from a question mark to an exclamation!”, in his words.

People like Brune are living testament to the value of Inclusive Education. As a country, we need to be more sensitive to the needs of special kids, be more aware and increase our general understanding. There’s a long way to go, but strides are being made, and hopefully, one day, many such Brunes will be conquering the world.