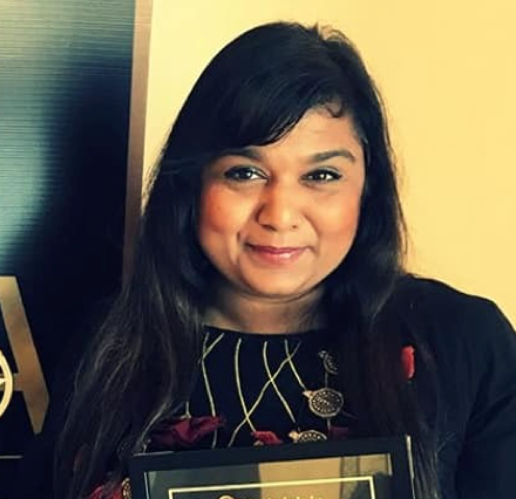 Life Skills and Philanthropy – Vayjayanti Pugalia on being her own Favourite.

We got to know more about her as she was invited for the ISA Series, hosted by Prerona Roy.

Vayjayanti Pugalia is a Life Skills architect, philanthropist and founder of Sonali’s Cubo.  She has received a lot of awards for her groundbreaking work including the Times Power Women from Times of India. Apart from her numerous fundraising work by the children and for the children, she has also created a platform for women who might be confined within the walls of the domestic household but are talented in their own ways.

Vayjayanti believes Inclusion was “conditioned” in her from a very early age. Upbringing plays a very important role in shaping someone’s personality, and Vaijayanti followed the example of her parents who were respectful of everyone and acknowledged differences in individuals.

Vayjayanti started the hashtag #MainApniFavouriteHoon (#IAmMyFavourite) which is pretty self explanatory. It shows the importance of self love, especially for women, who are taught to suppress their desires and ambitions.

She imparts knowledge in her seminars but also absorbs a lot of new knowledge and believes that if proper platforms are provided, a lot of women would turn up and make themselves seen, to get out of the trivialities of everyday mundane life.

She believes change needs to come in the mental space, and not just materialistic change. She sees herself as a true advocate of Peace, Harmony, Accepting Diversity and Inclusivity for both men and women.

Disregarding the notion that women find it tougher than men, to make themselves known in the field of work or life in general, she believes strength of personality and focus trumps everything else.Incorporating Life Skills from a young age, building child entrepreneurs is one of her goals.

Transgenders are very marginalized in our society. Vayjayanti felt the need to address this and so she started a campaign called the Third Eye which received widespread media attention.

Sensitizing people about transgenders, igniting thought and conversations about the issue was her aim which she quite successfully achieved. Highlighting the amazing work of the transgender community and providing a mirror to society which only sees their shortcomings was the key goal of this campaign.

Corporate sector is slowly beginning to understand the value of the transgender community but a lot of change still needs to happen.

True Inclusivity will only come, when you make efforts toward it from the heart.

The red sky of sunset and sunrise, both beautiful and both subtle. It’s about time, we see through our Third Eye, the beauty in them, the soul within.