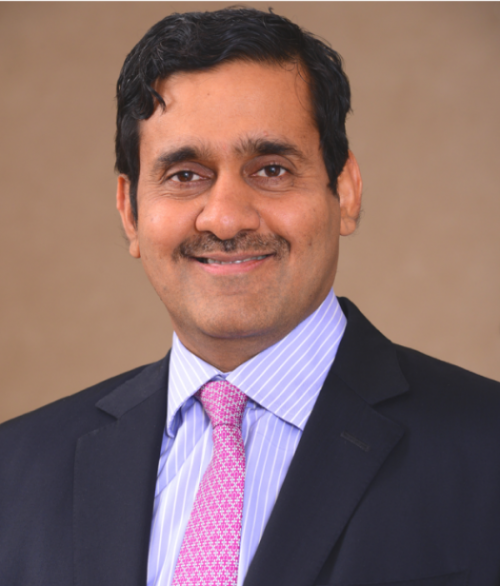 Nirmal Jain to the Young and Aspiring: The power of 3H – Honesty, Hard Work, and Humility in a bullish India.

From an FMCG like Unilever with an IIM A, why and when did you decide to venture on your own in the mid-nineties? How would you define the journey so far?

I come from a business family. Both my father and grandfather have been entrepreneurs. Therefore, I always wanted to be an entrepreneur. I passed out from IIM Ahmedabad in 1989 and began my career with Hindustan Unilever (then Hindustan Lever). HUL, despite being a large multi-national company has a great entrepreneurial culture and it gives tremendous autonomy to the managers. It encourages managers to take decisions on their and operate in a conducive environment to take risks. In 1991,
when reforms opened the Indian economy, I decided to pursue my entrepreneurial journey in the financial services sector. It took me three years to take the plunge and start as an entrepreneur in 1994. I was a time when India was dreaming of growth post-economic reforms by Dr. Manmohan Singh and Prime Minister PV Narasimha Rao. May be
I was in the right place at the right time, because the capital markets were still very small and India was about to take off.

What are the qualities of being an entrepreneur?

To become a successful entrepreneur one must always be flexible and pay close attention to the market trends that can quickly create or destroy relevance. One must always be willing to quickly change course to capture new opportunities from trends.

What would be your advice to young entrepreneurs? What are the challenges they should be aware of?

Honesty, Hard Work and Humility are the three ‘H’s must needed for any entrepreneur. To reach the heights of success, you must be willing to do the lowest job.
The game is long, and your most valuable resource is your integrity.
When I used to work with Hindustan Unilever, I came across a quote by the Unilever group founder, William Hesketh Lever which had a tremendous impact on me. The quote read “I believe that nothing can be greater than a business, however small it may be, that is governed by conscience; and that nothing can be meaner or pettier than a business, however large, governed without honesty and without brotherhood.” When I became an entrepreneur my dream was never to become the leader or how big the
business becomes, of course, it has to grow profitably to survive, but more important was the impact I had on the customer through the product and how satisfied and happy my employees or co-workers could be and what kind of wealth we co-create.

How real is the start-up scene in India?

India obviously has produced some of the best minds driving innovation and enterprises across the world. The start-up scene in India has also picked up significantly over the last decade or so. In the emerging competitive world, the ability to adapt to the changing world alone will not secure an organization’s place amongst winners, but a lot will depend on the pace at which it adapts, without losing sight of the right direction. I
have met some of the brightest young minds from the start-up scene in India and expect many disruptive innovations by them, which would drive a better future for mankind and create wonderful enterprises and create jobs.

What is your philosophy of life?

Impacting meaningfully and positively the lives of as many people and families as possible by way of great products and services for customers and by great career, wealth creation for employees, besides doing service which also helps other people in society.

What is your bet on India becoming a 5 Trillion economy?

India moved from the league of countries that are inward-looking, populist and focused on short-term gratification of masses to a league of countries that aggressively compete for foreign investment and willing to take bold decisive strides for long term structural growth. No earlier Indian government had bet Rs1,45,0000 crore at one stroke by cutting corporate taxes. Also, these steep cut in taxes signifies a big mind-set change of policymakers who had viewed profits as a vice and poverty as a virtuous trait. The pragmatic and open-minded governments world over, have been discovering that the lure of profit alone drives investment and creates employment. The domestic companies with greater owners’ surplus left after lesser taxes, will have more equity to invest. We know something similar was done by Donald Trump when he reduced taxes in the USA from 35 percent to 21 percent. It attracted investment and encouraged companies to repatriate funds back home. In the process, the USA has witnessed spurt in private investment and very low unemployment.  While many analysts and observers are excessively obsessed about the short term outcome of the market reaction, the real and lasting upliftment of masses is always by long term structural and bold measures. India has just accelerated its march to be a $5-trillion economy.