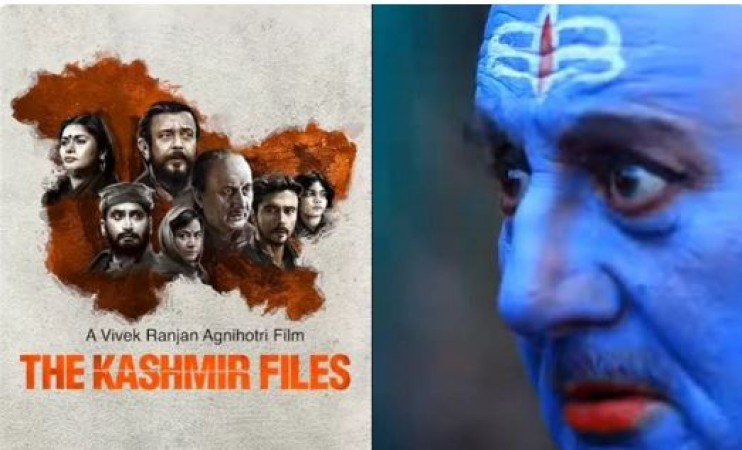 While I try to write down the learnings of a film, mostly i get to the script and start jotting down the learnings, but with ‘The Kashmir Files’ it has been different. First of all, being a descendant of Kashmir to Goa to Karnataka, where I heard from my grandfather on how our ancestors were forced out of Goa for not accepting the foreign religion from the Portuguese rulers was infact heart wrenching where only because of the faith you follow you had to leave your house, your land, your source of income and you become a migrant. Even then the slogan would have been different but Raliv, Galiv ya Chaliv(Convert, Leave the land or Die)was the interpretation.

This country has not learnt from its history and therefore history tries to teach us again and again.

I would not like to comment on the content or the craft because somewhere we never knew this part of the history, and never understood the gravitas of the situation. The biggest blunder this country made was partition on the basis of religion putting its citizens to a saga which never ends and we have just pushed it under the carpet.

Some of the learnings that one could list down.

Don’t push problems under your carpet—you can hide and start believing that everything is good, but when the carpet is pulled you will even lose the land beneath. That is what we as a society, media, politicians, bureacracy have done to Kashmir. The problem even in businesses and real life is we need to look at problems head on and resolve it, else it becomes a monster you cannot control.

Religion is the refuge for scoundrels – The fact that organizations have to mention about equal opportunity irrespective of gender, religion, sexual preferences etc. actually also implies that the world over it is not. The movie clearly shows how it was a planned way to eliminate a sect of population. In organizations too you sometimes see a particular sect, language and community is build up and it destroys the farbric of the organization, which loses its soul. Same was depicted in Kashmir Files where there was a systematic elimination of the Kashmiri Pandits and even food a basic element of culture loses its relevance.

Narrative built up need not be honest – As shown in The Kashmir Files, there could be a set of pseudo intellectuals who will try to tell their story with their vested interests and when the same is percolated down the media, people start beleiving it. Organization’s communication machinery in the corporate world could also block the tranparency with an opaque vision for the organization and people are not able to address the challenges.

Move on….cannot happen without healing – When you try to provide lip service as a customer support, say you have any bad experience after buying a product or service, and there is no resolution but only sweet talk, you will feel cheated and will never buy that product/service. In fact you will go and bad mouth the product or service. The plight of Kashmiri Pandits, was that they were never even heard for 30 years and asked to move on. With the kind of sufferings that cannot be shown in a 2 + hour movie how do you expect them to move on.

The country needs to look at this as a bigger problem and its resolution where the Kashmiri Pandits are given justice. It will be true for all such incidents that have happened across the country following different faiths. Hope, we will see start seeing closures of unresolved issues.