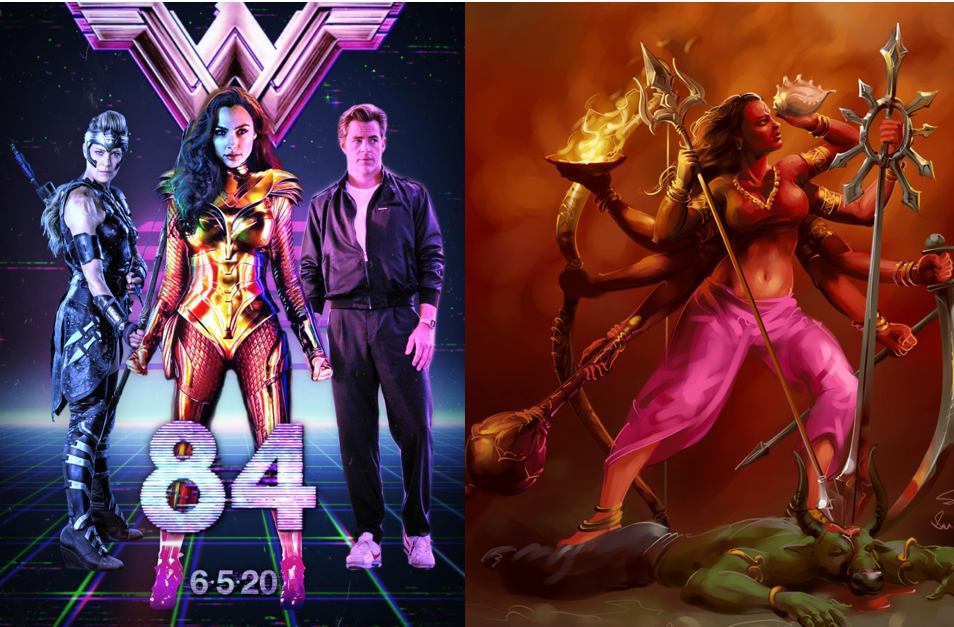 What do the weapons of Indian Goddess – Durga the real #WonderWoman teach us?

The trailer of #WonderWoman1984 starring @GalGadot is out and as per #DCComics, her divine origins are rooted in as per Greek Mythology by Zeus. Some interesting abilities include monolingualism, super healing, telepathy, animal empathy, and super breath makes her one of the coolest superheroes on planet earth.

Now, look at Goddess Durga, she is seen as a mother whose empathy remains unmatched, and all her weapons  have a great significance to humanity. The Trishul/ Trident – which signifies the three Gunas, piercing anything to death, it encompasses compassion required to conquer and emerge victoriously. The conch—sound can create the universe, Sword – the sharpness used to avoid discrimination and negativity, Bow & arrow – are symbols of energy, Mace – which forces humans to exhibit loyalty, Thunderbolt – can shatter any problems with confidence, Axe – Fighting evil without the fear of consequences and even master of snake – which implies higher level of consciousness.

When we look at a statue of the goddess we look at the artist’s perception, without understanding the underlying meaning of what it signifies.

In #wonderwoman 1984 the premise is that of Diana Prince coming into conflict with the Soviet Union during the cold war in the 1980s and finds a formidable foe by the name of the cheetah.

If you look at Mahishahsura – a demon with the head of buffalo, a staunch worshipper of Lord Brahma( Zeus – would be a combination of Lord Brahma and Lord Indra in Greek Mythology), believed that there is no woman in the world who could harm him( he had the boon that he could not be killed by any male god or man).

If there was a test of Goddess Durga and Wonder Woman, on all counts Durga would have won the battle hands down, after all one is fighting Cheetah and the other is riding a lion.