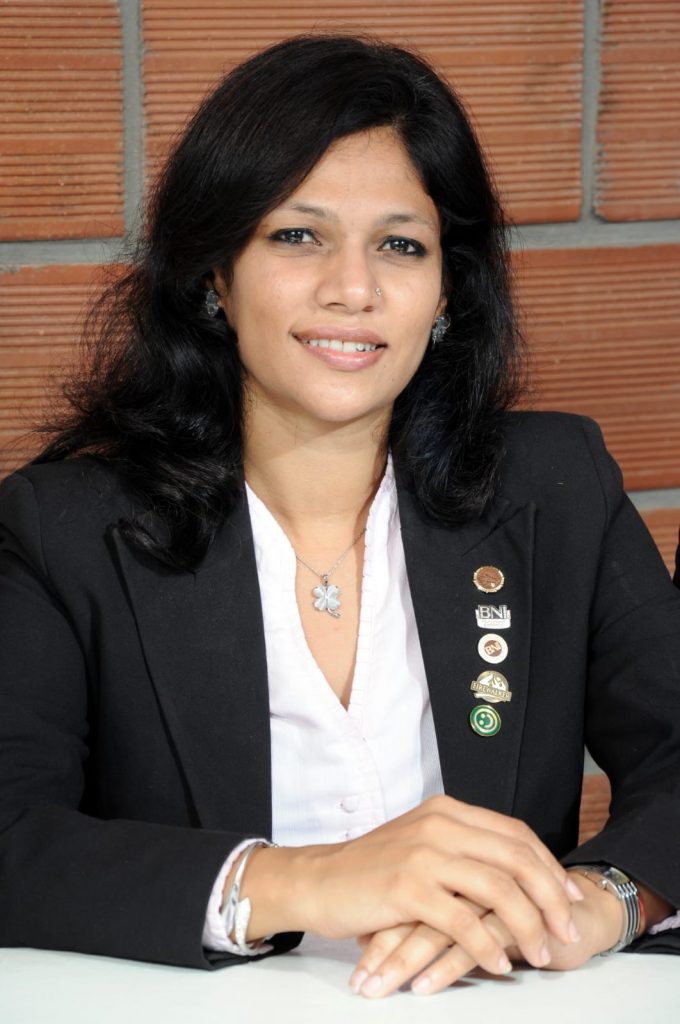 RUNJHUN GUPTA a polymath –who believes in the goodness of karma, an architect, a business network specialist, dancer, actor, model, healer, tarot card reader, graphologist, social worker, business coach, life coach and above all a great human being impacting and touching lives of people across age all groups and national boundaries.

It is very difficult to find expertise in one specific field, but when you meet Runjhun, you meet a person whose energy and passion for her work is so magnetic that you feel that it is difficult to achieve what she has achieved in one life time. She was instrumental in even getting 3000 students who were stuck in Ukraine during the current Russian conflict.

“I may not able to help you directly but I will be able to connect you to people who can” is her mantra. She has the MIDAS touch and she touches lives of people be it her team, where they encourage people from B and C Class cities who are groomed to perform better as independent professionals in their lives or young and senior entrepreneurs to excel in their businesses.

Runjhun heads her Architecture firm as the Chief Visionary Officer, aptly called Wow creations, World of Wonders—and she definitely is one of the ‘Wonder Woman’ you meet in real life. She is also the Regional Director of BNI for Kolkata region and the only Indian till date to win the Buffalo award as Best International Director from BNI.

For someone who comes from a business family, she is more than a business person, who chalked and created her own journey and mark in a man’s world. Her idols in life are not mere idols but are real life heroes whom she draws inspiration and energy, be it Ratan Tata, Tony Robbins, Jack Canfield, Lisa Nichols, Richard Branson. She has been a fighter with her never die infectious spirit who started her entrepreneur journey without any financial support from her family.

She has a clear vision and able to guide people in their lives’ journey. She gave away the Prestigious IIT(Indian Institute of Technology) seat for becoming an architect, had the clarity as a young teenage girl from Kolkata in Bengaluru on what she wants in life or as the young lady director who started and drove BNI chapters in Bangalore, India and trained and helped International chapters to set up, be it Korea, Cyprus and others.

She strives to give people all her support and believes in the power of goodness and networking with a staunch belief that if life pulls you down, remember it is like a catapult, reading you for the next big launch.

How RUNJHUN see’s achievement and success?

For Runjhun doing good and helping others, building faith and giving clarity to goals has been her life’s learnings. When life puts you in an abysmal state, you are being catapulted for a big launch is her success mantra.

Success for Runjhun is what she sees it at different levels namely Wow Creations, BNI Networking and Relationships, thought leadership and self-development. Where one can have clear financial goals for measuring success in business, acknowledging the problem and moving on with honest commitments is her success recipe in relationships.

She believes that life is an ongoing journey and believes that life pulls you down to bounce you back, strives hard by finding time for reading, dancing, singing and practicing yoga and Karate in her busy schedule—mind you she is a Karate Black Belt—coming from a traditional orthodox family, where wearing the Karate dress was a big deal during her training days.

She was the perfect fit in ‘Misfit’ (the theatre group –she was part of ) as a lead actor in many plays. With so much talent under her belt, she is comfortable playing a lead role or as a team player in whatever role she is assigned.

It is said that a successful leader has many teachers. Runjhun drew her inspiration from many who have not just someone she idolizes on but actually met and trained with them. Coming from a business family who were into engineering business, where Tata’s were their key client, Ratan Tata is one she gets her inspiration on how he handled failures in business.

Whether it is Tony Robbins, Jack Canfield, Lisa Nichols, she was fortunate to train under them and draws inspiration even from Richard Branson while dealing with her team members. Her team management skills, she definitely gives the credit to her genes which she has inherited from her mother, who was great in terms of managing a big labour force.

From Bengaluru, after a successful stint at BNI, Runjhun for some personal priorities had to relocate to Kolkata where she still drives her architecture business head quartered in Bengaluru with effective use of cloud. Runjhun keeps herself ahead of the technology curve and was able to drive her business even during the pandemic.

At BNI she bought the franchisee for the Kolkata CBDB Region, there were two franchisees already there and faced tough challenges to prove her mettle to show her value and worth and launched the first ‘Hall of Fame chapter’ in Kolkata.She is a staunch believer in BNI, its value systems and ethical standards and survived the male dominated world and is sure that she will be able to take the franchisee to new heights.

She wants to follow the professional BNI way of doing business and move up the value chain as an Executive Director of BNI.