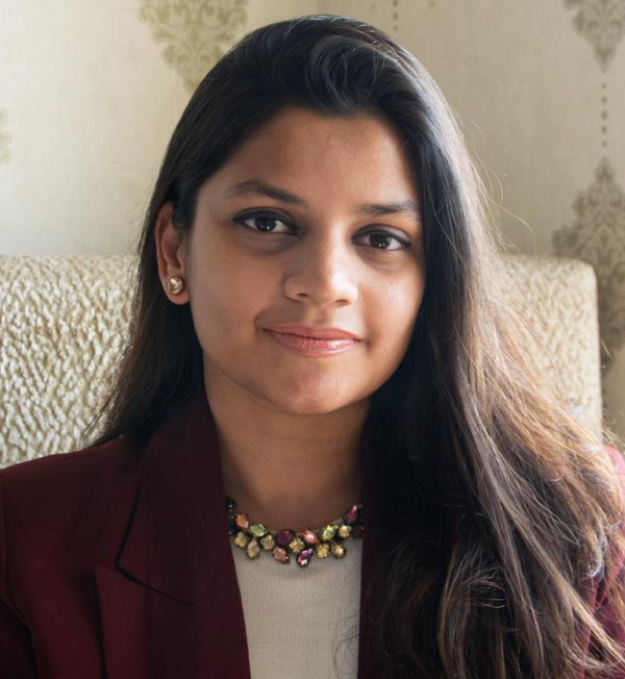 Priyanka Banerjee of DEVI fame in conversation with Ramdas Shenoyy on the nuances of short film making, commercial viability and corporate communication.

What is LeoGirl Productions — the name genesis, your vision?

LeoGirl Productions is a content and production company that works with organizations on employer branding, diversity and inclusion. We also work with brands and we are now looking to create content for OTT platforms and mainly content creation. Our area of expertise and area of experience has been diversity & inclusion because we actually started out doing plays in gender diversity, women leadership, prevention of sexual harassment, generational diversity and many such topics for corporates all over India. These were largely MNCs and large sized companies.

These had employees in thousands and needed some kind of communication on DNI that could be more innovative and more engaging. So, we first started out as a company that could offer theatre for learning which is theatre production followed by some kind of felicitation and discussions.

So basically, using storytelling to bring people in, but as we started to move into the digital area, lot of our content then became video format. That is what we offer to most of our clients as well. Some of our repeat clients since we started off are HDFC bank, Aditya Birla Group, Hindalco Industries, Dell, Deloitte, Sun Pharma and many more. Though the journey started in 2014 unofficially, we became a properly registered company in 2018.

We are very much a startup- we are 2 years old, but we have a long list of clients already executed this for.

How has corporate communication changed over the years?

Corporate communications has changed significantly over the last couple of years. There are couple of factors—

Firstly it is everything getting digitized, which means no longer it could be about certain flyers or posters or events that happens inside of an organization. It has become lot about how the organization’s digital presence is like, what is their social media like, what is the general communication on intranet like , the way your company communicates from logo, branding to the ads and videos that it puts out to the group, the values or about its achievements and milestones..all of that is part of corporate communications now.

It is a very well a big part of employee engagement, considering a company to do business with or join as an employee. Digitization and influx of social media has changed the way of corporate communication over the years.

With ‘freedom of expression’ debated aggressively on Television debates, how do you see the gen next’s understanding of the subject– are they over informed or they do not care?

I think the Gen Next, the Gen Y, Gen Z is very aware of the freedom of expression debates that are going on in the television. I think, everyone is looking at it as an oblivion era or at least one that is heading to that. It is like the new mandate that has come out like basically anything which is under the information and broadcasting or media or anything like that will be under Government supervision, will be under Government order and at least artists will look at it as a huge breach of freedom of expression.

I do understand that freedom of expression and freedom of press is often misused, there is lot of fake news floating around, there are lot of journalists who are not behaving as their professions ask them to and there is lot of going on but to completely blanket it, takeaway the freedom of everyone in that media is a very big crisis and it is not just the artists that are feeling this way. Artists who are working in the space of fiction, but even the audiences feel that and they can sense that when something is given to them with a certain agenda, or given to them with a certain propaganda, a sense of censorship, even an audience doesn’t enjoy.

Even though the freedom of expression, they are trying to curb or they are trying to control it, I don’t think it will last very long because audience will grow tired of it. The audience is too much exposed to new age media and to take everybody back or attempt to take everybody back to Doordarshan era is not going to work. It is not a very good move and not going to last. Eventually what will the artists do..we have to cooperate but I think what the audience will do is they themselves will not stand for it. I am 24 years old, and I think I represent what lot of people of my age will think.

What does it take to be a Film Maker?

The end product is far more glamorous than what the process of film making is. So, you have to be convinced that the process is something that you enjoy because that is what it takes to be a film maker. Just the accolades and the fund when the product comes out is of course the part of it but the making of it is quite taxing and you have to be sure that you can do that and you can live up to that.

Second, filmmakers need to have something unique that they want to say, like they should have a unique perspective on the world which comes from their personal story or their personal experience of the world. I think, that should be very well honed and know what they want to say and everything that they are doing cause trying to pander to the audience like, it can work short term but it doesn’t leave with you any legacy or real-life presence as a film maker if that is your agenda. For some people they don’t want to build legacy, they just like to make some films and that is perfectly fine as well. But, if you want to be remembered as a filmmaker rewarded for your originality then it is important that you have a unique perspective of the world and also knowing what it really takes to make the film.

What are the challenges of making short films viable?

So, what you are doing is when you are giving your film to them is you are just putting your putting in as part of a catalogue in 100 such films and all of them are not going to be marketed with any special kind of focus and you will be basically make little to no money back on your film and your investment that you put in into the film. So, it is very difficult because first of all, there are few such film makers that can afford to put their own money to films and film is a very expensive medium. That itself makes it difficult to most film makers that want to make short films on their own terms.

The other problem is that there are very few producers who want to make short films, so it is a chicken and egg situation because there aren’t enough platforms making it monetarily viable, so film makers put their own money and it becomes loss making process for everyone. The only way that can be subverted which is what happened with me which is after making 3 Indie short films, I made 1 big budget short film which was Devi. And when that happened I saw how so many things in the process changed when there were stars involved. Stars I mean, recognizable faces that have a following. So when that came in, so many things in the dynamic changed cause one of the platforms for large short films came in and helped us on to make the film, they promoted the film with all their might. So our industry is driven by who is in the film.

Short film and Indie film makers sometimes cant afford to have those stars in the film and so invariably the film doesn’t get the kind of traction or the push it needs, which is why it becomes difficult. I would still encourage new film makers to make short films because that is how you learn to make short films and you learn to make with very few stakes involved. If you give a young person a couple of crores they might really mess it up and get very pressurized, but if you start off by giving them say Rs 30,000 and tell to make a film out of this, you will slowly practice and you would slowly make your way up on how to use resources smartly and how to make a film even when you have a big budget. So it is very viable for learning of film makers, I don’t know how commercially viable it would be.

My advice to anyone wanting to be a film maker is that you need to have a unique set of experiences which means simply put – live your life , try to live it as interesting as possible, emotional experiences, travel, or observing people or being around people. Don’t be a recluse, don’t be in your solitude because that is something when you are creating but to have something to create and to have some inspiration you have to go out and live your life.

The other big caveat is don’t think that only watching great films will make you a great film maker because you will get so saturated with the kind of craft from all over the world people have showcased that you will get intimidated to do something original of your own. So watch a lot of great films but balance that with living your own life  and writing your own material or directing material that already exist so that you have your own original voice and you are not kind of drowned out by brilliance of other film makers.It is a trap which many film makers fall into where many aspirant think that let me watch all the world cinema and they get so intimidated by that they are not able to write something of their own.

Write something very original which comes from the heart or find material that you can really connect from the heart and the rest will just fall into the place. The technical stuff seems intimidating but someone or the other can help you with it and directing is just about telling various people of what you want. You don’t need to know the job of the costume designer, the editor, you don’t need to know the job of everyone. It helps you to know it because no one can take you for a ride. But, even if you don’t know it you can just explain it and they could help you if you have a trusted team.