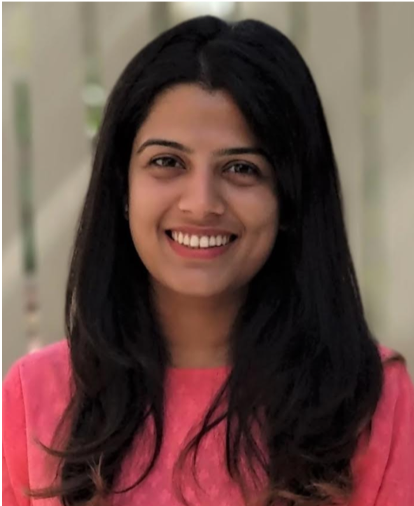 The Pink Box—Inside a Box Solution in the menstrual hygiene space.

How she became an entrepreneur

It was in the final year of her graduation, back in 2015 as big fan of comic book, TV Shows and Batman. As a teenager she would love to wear a T Shirt with Batman on it and she was forced to go for a Men size M, if she wanted a T shirt with a Batman logo. Her idea then was to create a retail-line for women with Fandom culture and with that in context she applied for a MBA in entrepreneurship in SIBM Pune. The MBA rigmarole gave her more insights on the retail industry. During her internship she did get an opportunity to work for a company who would render design art work on T shirts, Laptop skins, mobile covers and other items. It was then that she realized that the market was over saturated. This was in 2017, and companies like soul-store and bewakoof.com had already grown and made their mark. She went through a career dilemma of choosing between a job or being an entrepreneur.

The product and the start-up

While she was observing and learning things, she realized that women have these typical pain areas—that they know about their period dates but they are not always stocked up. The small little spark germinated into the idea of ‘Pink Box’ being born. She later realized that in the e-commerce as a differentiator from the Amazons of the world, the online offering has to be more holistic with a clear differentiation.

(In the former half of the 90s, Pink, being a lighter shade of red, was considered a color of strength and passion. Over time, the color began to be considered as uncool and girly, which unfortunately, has negative connotations)

The startup is called ‘Crimson Fuchsia Retail’, Crimson stands for blood, which is the most vital element of our body. And Fuchsia stands for the fuchsia flower, also called The Dancing Lady, which represents freedom and joy. The idea was to work with a vision for India where women can feel free, and experience joy, while on their periods. This is difficult presently, considering the discomfort and taboo surrounding it. The objective is to have a period positive society.

Then started the research where she first interviewed around 100+ women in campus and her own circle of friends, and observed that even though menstruation is a very regular body cycle it doesn’t receive the kind of attention it demands. So, they collaborated with 2-3 doctors and curated this entire kit. ‘Pink Box’ is now a subscription service for everything women need during their periods- which includes sanitary essentials, healthy snacks, stress buster and pain reliever and some yoga tips for relieving cramps etc. Every month of subscription, the women’s choice of sanitary pad remains the same but the curated goodies in the box change month-on-month. So, on a monthly element there is a surprise built in and the box reaches 5 days prior to the women’s period cycle and so she is always stocked up with what she needs and when she needs it.

The challenges and the way the society still sees it as a taboo subject, where the customers still want to know whether the box will be packed properly and it has nothing to do with whether the women come from megapolis like Mumbai or cities like Surat or Baroda. It is a mixed bag, where some women have asked to deliver the same at their work place where others want it to be sent with proper packaging and discreet. The stigma exists not only in rural areas but urban areas as well.

Viability of the business model

They are looking at a retail channel, products not found in the box and shelf, they are retailing on their website and have a got quite a few brands on pain relieving patches which are alternative to medicine for period cramps. The model is mix of subscription and retail and looks to scale on retail front and brand collaboration. She is looking for a co-founder with similar synergies — a person who will be comfortable in the conversation and share her vision of a ‘Period-positive’ society.

MBA education—has it helped in her entrepreneurship

As of now the social media marketing is being handled by an agency and as a new age entrepreneur she is looking at building offline marketing vide a dedicated company resource. Getting the right partner for getting the conversion and do a one-on-one-session where women get to talk on a common platform and have real knowledge sharing sessions.

She is looking for a b2b partnership with corporates and start-ups.

Thought process for selecting a vendor would be — the vendor’s vision, wavelength and also looking at women empowerment in real sense and the honesty that they convey is important.

1 thought on “The Pink Box—Inside a Box Solution in the menstrual hygiene space.”