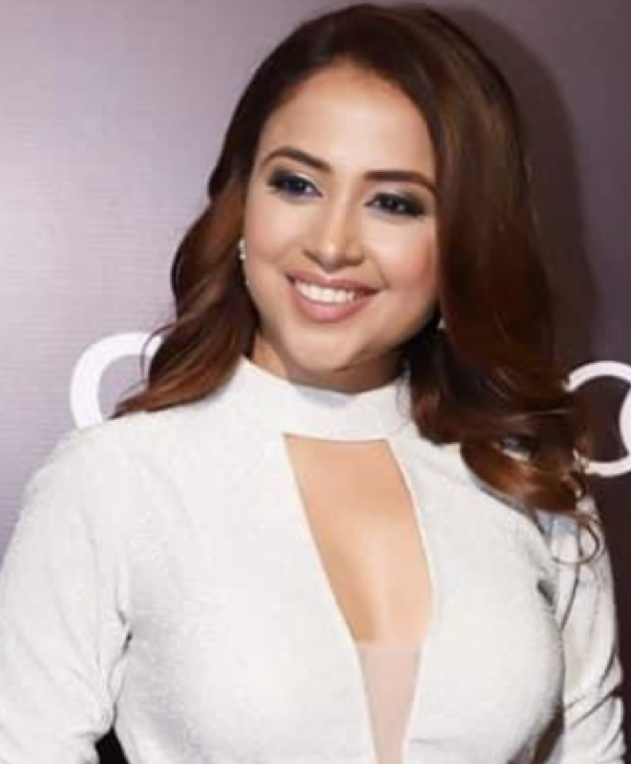 Ridhima Pathak, TV Presenter and anchor, known for presenting various sports events at Star Sports, Ten Sports, Sony and others, started her career as Youth RJ at Radio Mirchi to now she is the most sought sports and media presenter in India.

Ridhima in conversation with Ramdas Shenoy from StirfryMBA gives insights on being a Media Presenter and how a strong academic bent of mind is a pre-requisite of becoming a good Media presenter.

Journey and why she chose to be a media presenter

It was not her conscious decision to be a media presenter. It was a profession that happened by chance. After working with Eaton, an MNC organization for 1 and ½ years, she was not happy with her job. She quit her job and started applying for her MBA. She wanted to gain some work experience, before going abroad to do her MBA.

“So, I stumbled upon a person, who was running a real estate agency and required a marketing person and he was hosting an event and wanted me to lend a voice to the event and everyone loved my voice” said Ridhima. She got paid very decently for the assignment and everyone in the audience loved her work. The same gentleman was doing a league of cricket match and that is how her journey started in the sports arena

What does it take to be a media presenter?

Ms. Pathak, strongly believes that, it takes an academic bent of mind along with great presentation skills, physically and oratory to be a good media presenter. It requires everything you need to be presenter on television along with sharp mind, great span of attention, spontaneity and good knowledge about the subject you are presenting.

Ridhima says, “Confidence comes from the content that you have. It requires a bit of hustle in you, because it is a free-lancing job, so you cannot remain contained, like I have done the world cup and now I can remain relaxed”.

“You have to keep hustling. One basic requirement is passion. You have passion, you will do everything that is required. It is highly demanding and lot of deliverables at your end and you can only do if you have the passion”, she added.

Ridhima feels the best training is ‘on-the-job’ training. She had to learn from scratch. “Broadcasters that I have worked with are fantastic in providing me the content and asking me to study. Basically, like Engineering academics, certain portion you have to study on your own”, clearly an Engineer talking.

She never played any sport. Nothing motivated her to be an engineer, never wanted to be one. That came across to me as the best option. Her father wanted her to be an engineer. She being very good in academics, it became the most obvious choice. She has strongly rooted middle class values. A decade ago, for all middle-class families, Engineering and Medical Doctors were great professions if you get good marks. In Engineering too, she did pretty well, and topped Pune university in her Final year Instrumentation control stream.

“My parents were super supportive and wanted me to do just a good graduation. My father said that being a graduate is the responsibility of an Indian citizen. During Engineering as well, I did not study throughout the year. I don’t think anybody should. If you want to be a good engineer, do a lot of projects and internship. In my 4 years I studied literally 2 months before the exams. In the interim I did a lot of extempore debates, internships, hosted lot of shows, everything under the sun, all of that helped me later” clearly emphasizing on focusing on the all-round development of an individual as far as education goes.

High Points as a Media Presenter

Past couple of years Ridhima Pathak feels she only got high points, which started with 2019 Cricket World Cup, which came as an absolute surprise to her. “It came as an email which said that opportunity to work with ICC, would you be interested? And I thought somebody was joking with me and did not respond for 2 days. Then I thought, what if somebody was not joking and I responded “says Ridhima. She was doing a Travel show in Europe at that time. “Olympics, the biggest high point in my life and the Olympics this year has been phenomenal not just for me but for the entire country. This is part of my resume, which will shine always. I have to really do something really- really big next to dim this” said Ms. Pathak.

The breakthrough was when she was selected for Hockey for the National Television in 2015 after giving audition. “I never thought that I actually be on TV that too for Star Sports. And NBA happened with Sony, along with the federations like ICC says Ridhima.

Ridhima says, “That they will be able to tell you. I have a got a sense of feeling and sometimes I was wrong. That has nothing to do with the industry. After Engineering, I was in Marine Engineering for 6 months. I was seen a much bigger threat there compared to Television. There I was seen as threat, a woman good in studies, who was doing the physical activity”.

“By the way it is a 2-way streak where they feel the threat and I also feel the threat. That is very individual call where somebody has to work on oneself. Nothing to do with the other person. I don’t take a pride in thinking that Oh my God, they are seeing me as threat. It is more so about their insecurity than we having the talent” says Ms. Pathak.

Advice for the aspirants

Ridhima has a strong piece of advice. “Start very early in life. I wish I could tell you one route, there is no one route. It is a very talent-oriented industry. If you have the talent, you will be spotted. For being spotted, you need to be around. For being spotted, pick up an internship with one of the big broadcasters”.

“There are many like sports-interactive, sports-adda, sportskeeda. In today’s age nobody can complain that I don’t have a platform, because there is YouTube, there is social media and that is your platform” said Ms Pathak.

“Gone are the days where you used to say that power lies in big houses, now power is in your hands. If you want to do anything, put a camera in front of you and start and somebody would spot you. It is really that simple” feels Ridhima.

“So, work on your content, work on your oratory skills and don’t wait for someone to give you a chance. Go and grab it. While you hustle with networking, so put on the camera, start on a YouTube Channel and see how it works” she added.

Shelf Life for this profession- is age a factor?

Ridhima feels that skills, experience and age all are important. An NBA kind of sport will look for a combination of youth and experience. It very much depends on the demography of the audience watching the sport. If you fit in the demography, you are welcome.

“People are coming from outside, broadcasters are conducting auditions every single day. It is not that you can talk and you are selected. You need an academic bent of mind, oratory skills, fantastic knowledge, lot of talent and content is riding on the shoulders. The audience is very niche, broadcaster would not like to take chance, so they may tilt towards someone who has played sports than who has not” said Ms. Pathak.

She is big fan of Alan Wilson, Ian Bishop and Harsha Bhogle.

I am just going to work on being the best Sports presenter India has ever got.