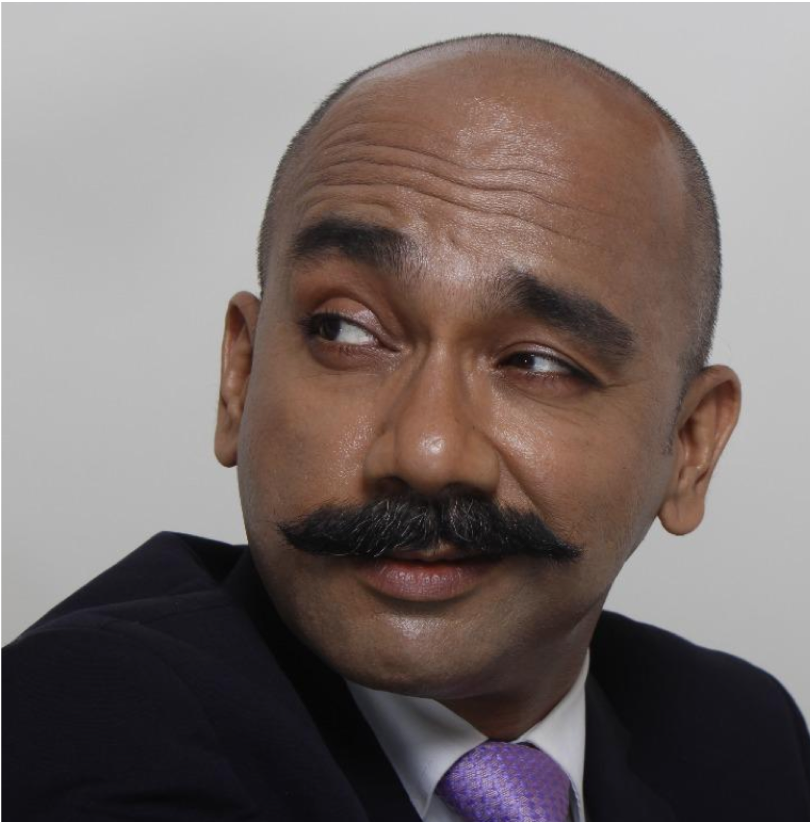 Ramdas Shenoyy gets to talk to the magical voice of MBA turned voice over artist – Vijay Vikram – the narrator voice of Big Boss!

How did the journey begin from a Corporate assignment to Big Boss Narrator?

The journey from Corporate life into voice overs and eventually to become a Big Boss narrator has been very interesting. I was an MBA in International business and I was working in a Semi Government company called MSTC and I was handling and import documentation of steel raw material. I was posted in Mumbai and as late in 2006 somebody told me that you have a great voice, but I said I can’t sing. That was when that person told me that there is a lot you can do with your voice other than singing. That person introduced me to voice overs, took me to a studio for voice over, I loved the experience and that’s when at the age of 29(born in 1977), so in 2006 I decided that this is the career that I want to pursue now. But, I didn’t take it up immediately, I then switched jobs, I went into media sales. I picked up a job in a radio station in the marketing and sales team, so that I can learn the art of voicing and also build contacts in the media industry. I did that for 2 and ½ years and in 2009 I finally got my first break in a TV show for voice over for ‘Dance India Dance Season 1’. I quit my job on my wife’s insistence (she was my fiancé then). She said that if you want to pursue a creative career the right time is now. So, I quit my job and started pursuing voice over as my full-time career. In 2010, one year in voice over, Big Boss was auditioning for a narrator’s voice and eventually got selected in 2010 which was the 4th season of Big Boss and since then I have been associated with the show.

Is Voiceover… as a profession structured in the Indian context and is it rewarding?

As a profession, it is very rewarding if you get the right kind of work and if you position yourself correctly. In the sense, if you know the strengths of the voice and accordingly get into ad film voicing or dub for various films and movies and ad films and south films or animated characters or start doing voice for TV shows. So, it is basically about positioning. As far as discipline is considered there is definitely a scope and there are specific areas where voice over is required.

What kind of formal training is required to become a voice over professional or is it only a natural talent?

Natural talent has to be there but definitely needs some kind of formal training to become a voice over professional because when you get to a studio, they are looking at the final product and the final product is viewed by the client and is compared in professional terms. So, when you get into a studio, you are always compared with other professionals and you are expected to deliver professional quality. So, if you are a fresher without a training it will take you time. So, it is always advisable to take some kind of formal training before you start doing voice over so that you learn the craft and you learn the tricks of the trade. You learn the microphone holding techniques and you learn other techniques on voice and diction before you get into the studios.

What kind of qualities are needed to be a successful Voice Over artist?

The biggest quality that is needed to become successful in any performing art career is perseverance. You need to keep at it. You need to part of the grind all the time. You need to keep struggling till you get the right break. That may happen in one month, 5 months, 1 years, 2 years, 6 years. If you are really passionate about it then you should have the perseverance as a quality. Lot of other qualities that you can train at, but perseverance is one quality you cannot train, you have to mentally train for perseverance   and the long hauls. That is the biggest quality for being a successful Voice over artist.

What would be your advice to an aspirant to get into the voice industry( is there an age barrier?)?

Anybody who wants to pursue as a voice over you have to understand that there is no good or bad voice. Every voice is unique. Before entering you need to have a thorough understanding of the industry of how it functions, what is voice over, dubbing..You need to be aware of your strengths and then position yourself accordingly in the market. There is no age barrier. I got to know about voice over at 29 and took it as a profession at the age of 32. So there is no age barrier.

Who is your idol for voice in the Indian context?

Mr. Khodus Wadia who conditioned me, who trained me, Mr Darrpan Mehta my first teacher. They have been my big inspiration. I learnt from my contemporaries — Ankur Desai is one of them, who I admire in the voice industry and look up to him..Try and learn a lot from him, his delivery and style of voicing. Mr. Bachchan of course. The way he modulates his voice his voice is magic.

Who is the motivational force behind your success?