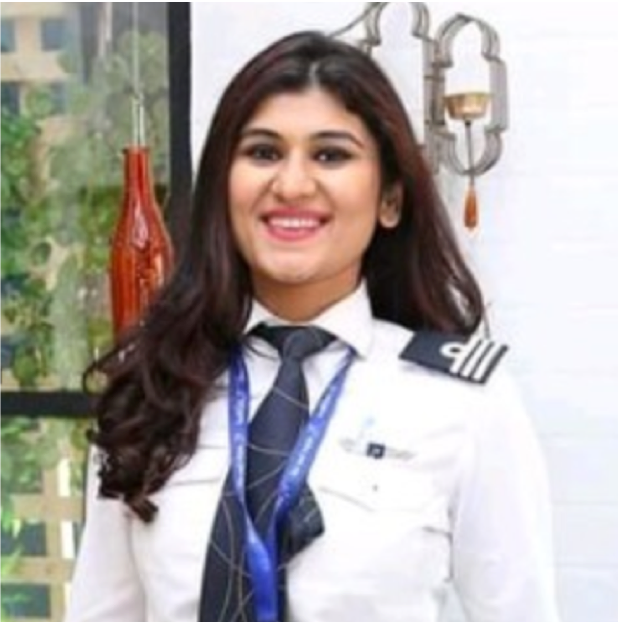 The Speed Woman – Sneha Sharma, Even Sky is not the limit — On Racing cars or Flying in the sky

The girl has chased her dream to lead the racing arena and history of Indian sports, also as a Captain of Indigo Airlines is an example in front of real women empowerment showing us that there is nothing girls can’t do. For Sneha even sky is not the limit.

I was a teenager about 13-14 years old, I used to have a fast sports cycle and I used to love cycling and I would cycle really fast on the streets. That is when I decided to express my passion for speed somewhere and I found Go-Karting in town. I tried my hands on Go-Karting and the moment I ventured into Go-Karting, I felt one with it, the adrenalin rush was like never before and with all that and I would spend all my time and money on the race track—pocket money, lunch money on the race track and learn from the mechanics. There was no professional training then and I got trained from the mechanics and participated in lot of local events. Later I moved to salon cars and then formula cars. All Formula car racers start their journey through Go-Karting.

Around the age of 16, I decided I want to go flying. My father was in Merchant navy and I used to sail with him on the ship. So, while sailing I would see lot of stars and I would see one star moving and that would be an air-plane. So, at 16-17 I started national racing, but at the age of 17, after 12th I went to US for doing my flying training. It was a tough call, but I knew I have to study and be independent. I was the first student to attain solo in my batch.

After returning to India, I could not afford proper racing gear or racing cars, so I was racing in sub-standard 2nd hand chassis and engines, but I performed well.  Then I moved to salon cars. At the age of 20 I did Volkswagens Polo cup – that was the maiden season of the championship and I got into Indigo Airlines in 2011. In 2012, I signed with them and have been with Indigo since then. Sponsorship was difficult initially, and I didn’t have funding from home for racing. I used to work part time on track. I used to work as trainer, tuner mechanic so that I got subsidized driving cost for my racing. In 2009, I had won the overall championship (2nd position), the only girl in the championship.

Then I started getting sponsors, I got Toyota as my sponsor and I was driving salon cars but I always wanted to drive formula cars. I put my own salary in it and started driving formula cars. I got sponsor as J K Tyres and I have been with J K Tyres for last 5-6 years. So now I am with J K Tyres and Indigo Airlines as my sponsors. I then got into national championship LGB F4 for 2-3 years. Now I have even ventured into International racing. Last year I participated in International racing and won the championship for women in Formula in South East Asia(these are Fi Cars). These races are very competitive across countries like Malaysia, Thailand, India and Europe where the selection was with W series, where they select top 50 drivers from the world to go for the shoot-out. I did not make it to the final 18 but was chosen as the regional ambassador for the W Series, so at present I am managing that role too.

I became Captain in 2018 of the AirBus A320 and is a very serious profession. During these Covid times it is difficult, but I enjoy flying and it is worth it.

Formula for success for becoming a Formula Racer 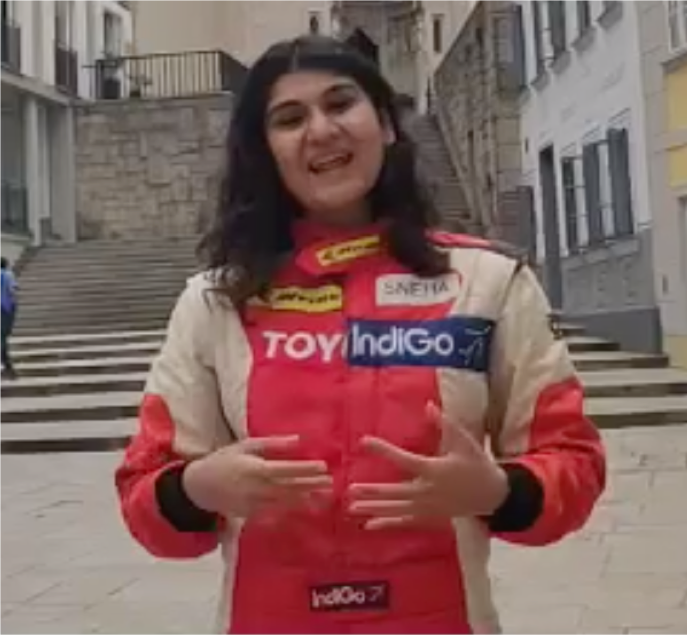 One has to be fit physically, mentally and one has to perform really hard. There is lot of data analysis which goes. There is a chip which goes into the race cars and the chip is put into a computer after you drive, then you check on the G forces, duration etc. and you sit with the engineers to find out where to get more time..time being a critical factor.

That I won’t be able to race and fly together. It was more of difficulties. When I started racing I was the only girl, so that was the difficulty. I was very heavy, I was 90 kg as a teen, so to lose 30 kg of weight, that was difficult. Then financial constraints- getting sponsorship that was difficult and last year was difficult, because that was my 1st year as a command and doing international racing. So it was 40 international racing and I got 34 podiums, so my body was really tired physically. I have injuries in the past like petrol burns, hairline fracture of the ribs, spine injuries, so those were my hurdles and lack of support because my family could not come for my racing. Initially they were against the sport, but then they realized that they can take the girl out of racing but cannot take racing out of the girl. My biggest supporter is my airline Indigo and J K tyres.

When not dealing with speed

I work out and do fitness, read books, walk by the beach and swimming

When I started, it was difficult. For some people who didn’t like losing to a woman. It was ok for them to lose to another guy but to lose to a woman would be difficult to them, so they would say harsh things like ‘go back! women don’t know to drive’. You don’t know how to drive. You don’t belong here. You are wasting your money. Your sponsors are wasting their money. I channel all the pain and aggression into my driving and did not let if affect me mentally.

For being a pilot

You need a lot of concentration. You need to read a lot of books, every 6 months we have a simulator training, every year we have theory exams and other exams on aircrafts. Waking at 2 a.m. and remain alert and 4 sectors in a day that too requires lot of stamina and concentration and will power, team co-ordination. Team work is very important, because it is 2 of us in the cock-pit, Captain and the first officer.

I want to be trainer for aircraft. I want to train people, that is my next goal. Racing I want to do the F3. The talks with the sponsors were on.

To really make something of myself. To be satisfied with what I am doing in life and to give back to the society. I want to somehow do large scale charity and make sure that people get the opportunity to do what they want to do. I want to indulge into an NGO later on in life. At the moment I just want to set an example and motivate many along the way I can and motivate as many.