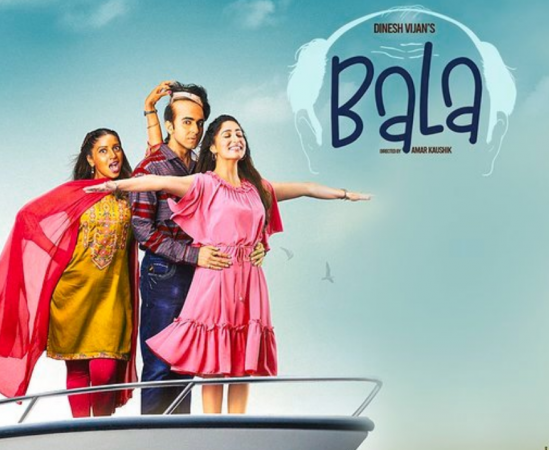 Bala Movie — The Inner Beauty…this is what the story should have focused on.

Fair is Not superior and Bald is also Beautiful—The Inner Beauty…this is what the story should have focused on.

#Bala, a story about a young man Bal Mukund Shukla who walks around hiding his baldness when selling fairness creams and other beauty products to women tries to tell us that external appearance and beauty is a still prevalent in the society or the IQ of humanity is declining!

The film starts with the tragic track of Bala (@ayushmannk Ayushmann Khurrana), once the proud owner of a silky hair and now a young man desperately trying to hold on to his few remaining locks. Watching Bala being rude to his school friend Latika (Bhumi Pednekar) who is dark-skinned or a teacher who is bald. Yami Gautam (as Pari Mishra) looks beautiful and her character reflects the current trend of small town influencers on social media and their growing popularity thanks to Tik Tok kind of applications.

If you look at Indian scriptures, women are never referred as ‘ugly’ due to her skin tone. In fact women were appreciated for the qualities – Shakti—goddess of power, Saraswati – goddess of knowledge and so on, Kali—someone who destroyed evil. Yes, there are instances where they have said beautiful apsaras—but even there they were not defined as fair in complexion. May be, it is something which was brought in by artists like #RajaRaviVerma in later ages, who had their own interpretation of beauty

Why are we then still fascinated by beauty norms, which are more market driven is a question which to be answered. Recent breed of actors are trying to change that but the way they are depicted in stories where a fair girl will be shown as someone belonging to rich and elite class, the metaphors are so powerful, where even if the script is not mentioning, it becomes obvious. Poor, backward or a village guy shown as tanned guy like @HrithikRoshan’ in #Super30 or where a Zeenat Aman shown as a Girl with a burnt face in Satyam Shivam Sundaram….could be blamed to the western world influence – where everything white is good and black is bad…as one African leader had put it – Toilet papers too are white in colour or the hit campaign #blackisbeautiful. The film does let its message of ‘self-love’ come across, telling us how it is okay to feel perfect with one’s imperfections.

What all of us should remember is that we should not conclude or make judgments based on initial appearance and the focus has to be on the inner qualities of an individual. Even, while recruiting you need a team member who performs his or her duties and not the one who fits in to the societal ‘looks’ norm but cannot deliver.