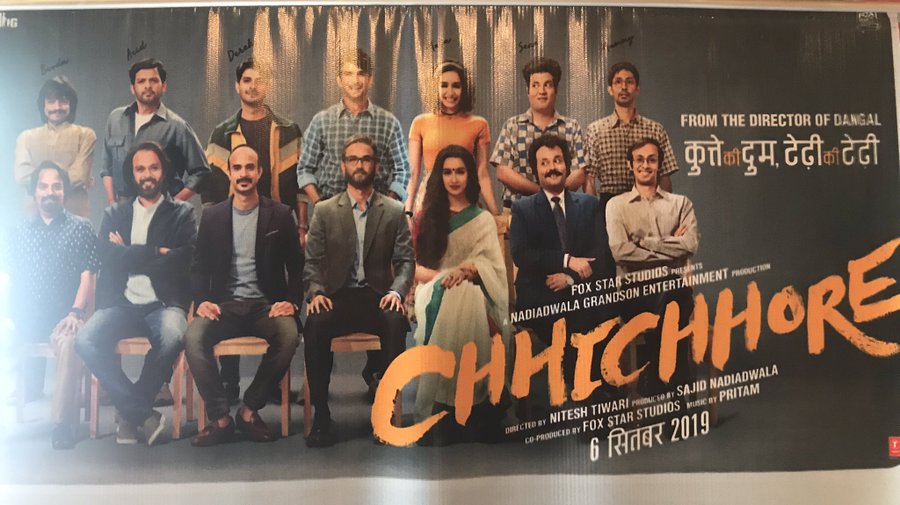 ‘Catching them young’ a phrase which often used by Corporates is dominantly used by the education industry. Most of the coaching institutes catch students in Grade 7 for the various entrance examinations. The story outlines the journey of Raghav, a son of high achieving parents who doesn’t qualify for the prestigious seat and attempts suicide. This is the centre theme of the movie – what it does though is treat ‘Learning’s from failures as the fundamental theme for the story line.

While this bleak reality is at the center of Chhichhore’s narrative, its heart and soul is purely reserved for the carefree college and hostel days that shape lifelong bonds and life lessons. In conventional business scenarios too – the business head will have 2 options – one where they live without changing the status and die the natural death or take things in control and try to challenge the challenger. Here too, the Derek character tells the team at the Losers hostel that they need to either live with a Loser’s tag or challenge the status quo.

The storyline in the present day then tries to tackle the challenges of the younger generation, where they don’t know how to handle failures. In today’s world, where till a certain higher grade the student cannot be declared as failure in school exams , suddenly when they face failures they are not able to manage.

Together, as a group of friends, it shows that real friends you don’t need to be in touch they are there for you on demand when you actually need them.

‘Chhichhore’ has a relevant message on the inherent attitude towards academic success and failure that will connect with many youngsters and parents of today. It lays emphasis on the efforts that you put for winning than the actual result. Also Losing is as critical a life lesson as winning.