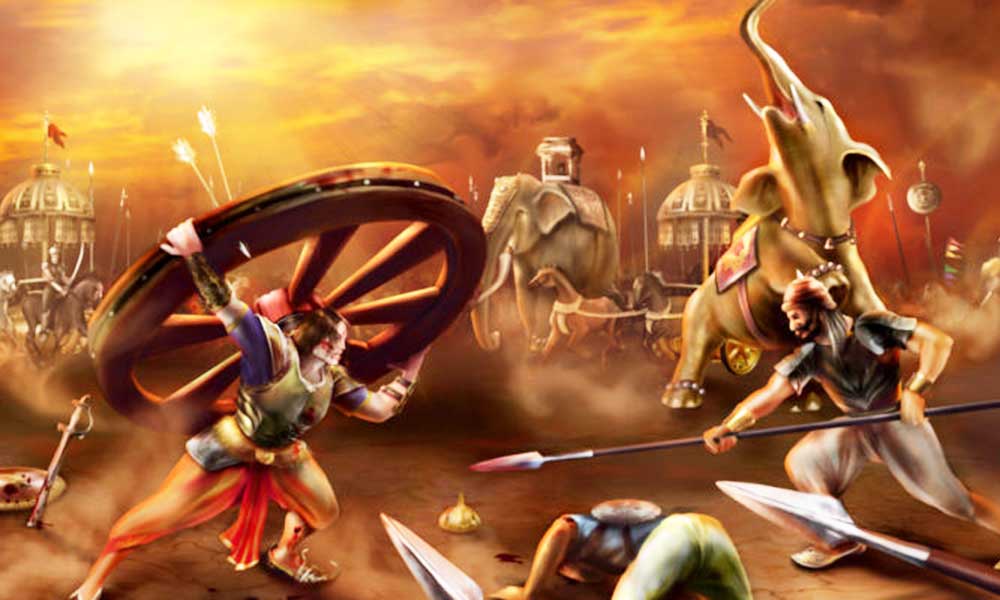 Erikson’s stages of psychosocial development, dealt with eight stages of a developing human from infancy to adulthood. There could be a carryover of one stage which doesn’t get closed, which could reappear as problems in the future. The various stages from 0-2 years (Helplessness and Hopes), 2-4 years (will), 4-5 years(Purpose),5-12 years(Being competitive), 13-19 years( Fidelity which also addresses from Who am I? to What Can I Be?, and other stages. As one grows older, we tend to enjoy the retired life.

If you look at Shivaji Maharaj the great King from Maharashtra’s childhood, then he was taught the importance of independence and bravery by none other than his mother Jijabai at a very young age.

What Sigmund Freud and later Erickson derived through his eight stages of psychosocial development, Mahabharatha, the Indian epic, it takes one stage backward, where it starts from the mother’s womb.

Abhimanyu son of Arjuna born to Subhadra aquires the most complicated strategic warfare from Arjuna and Krishna, when he was still in his mother’s womb.

The story goes that Abhimanyu hears the story when he is still in his mother’s womb and grasps the secret of entering the chakravyuh. What he misses his way to get out.

On the 13th day of the war, Kauravas engaged with the Pandavas with chakravyuh. Abhimanyu entered the chakravyuh and entered the battle formation all alone. The Kauravas side including Dronacharya, Duryodhana, Karna and others surrounded him and killed him.

In the Indian context, we also had something called garbh sanskar. It is a way of teaching good things to the unborn baby in womb during pregnancy. It is imparting knowledge to the fetus in the womb. So if the Erikson’s stages of psychosocial development, talked about how values are built during adolescent stage, Garb Sanskar talks about its relevance and importance of it in the womb itself. Although it sound strange the bond with the child starts right from the time inside the womb. But one thing is clear, before or after the birth of a child what happens and the various incidences definitely has an impact on how individual behaves in later stages of life.